Jamie Cullum started off as a heavy metal fan into Nirvana, Metallica and Jimi Hendrix when he was a teenager. 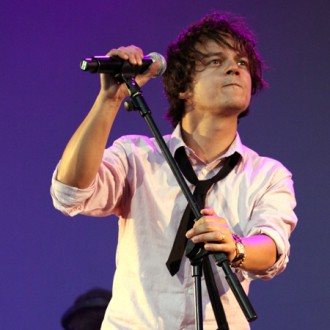 Jamie Cullum started off as a heavy metal fan.

The jazz pianist and singer was initially drawn to an altogether darker music as a teenager, and thinks it gave him a good base to move on to jazz and its complicated forms and structures from.

He told The Huffington Post: “A lot of the music I fell in love with first was hard rock and heavy metal, and 15 – Nirvana, Metallica, Jimi Hendrix.

“I saw a great musicality in it, and I graduated to jazz through that, because they were also playing fast and very technically. It was never about the front man, always the guitar solo.”

The 33-year-old singer said when he did start listening to jazz, he bought into the look and lifestyle fully.

He added: “I was an absolute idiot, wearing polo-necks, reading Kerouac, watching Woody Allen movies, and jazz fitted right into all of that.

“My interest in that whole world became very genuine, but perhaps started off a bit affected a mixture of right and wrong reasons. I was always drawn to non-commercial music, perhaps pathologically so. Now I can love R Kelly and not be embarrassed.”

Jamie also talked about his respect for friend Amy Winehouse, who died unexpectedly at her home in London in July this year.

He added: “She was someone I came up with, and I was around her and her music so much, and heard so much of it in its gestational period.

“I remember when she was supporting me, her debut album, ‘Frank’, came out and I said, `She’s going to outsell every single one of us by millions and millions one day,’ and it was a rare occasion when I was proved right.

“She was one of those people I was around who made me realise how much work I had to do, and still do. And she’d tell me that as well!”