Hanson are touring the world in support of new album 'Shout It Out' this Autumn. 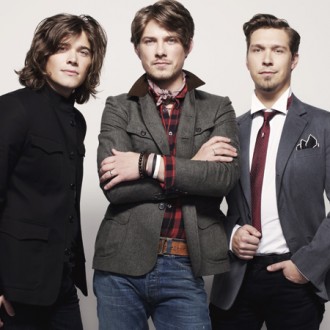 Hanson are touring the world this Autumn.

The ‘MmmBop’ hitmakers’ are embarking on a series of ‘Shout It Out’ concerts, which will incorporate tracks from their 14-year career, from classic hits to material from their latest album.

A week after their performances at the V festival in the UK, the tour kicks off in Los Angeles on August 28, and the trio will play 42 shows across America, culminating in two nights at Disney World in Florida.

The group will then return to the UK for five shows at the end of November, with further international shows yet to be announced.

Speaking about their UK dates – which come after their ‘5of5’ five-night London residency last month, their first concerts in Britain for four years – Taylor Hanson said: “5of5 in London was a great way to kick things off in the UK and say thank you to many fans who have stuck with us for years.”

Zac Hanson added: “We’re really excited to be coming back to the UK for a full run of shows, it’s been a long time coming, four years is too long”.

Tickets for the UK dates – which begin in Manchester on November 24 – go on sale this Friday (15.07.11) from Seetickets.com.

UK ‘Shout It Out’ tour dates for Hanson: