Guns N' Roses, Red Hot Chili Peppers, Beastie Boys and the Faces/The Small Faces are among those to be inducted into the Rock 'n' Roll Hall of Fame next year. 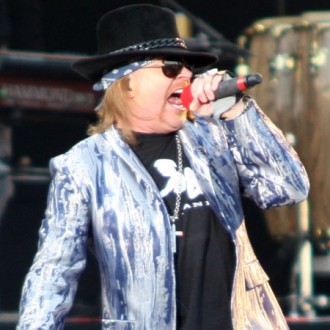 Guns N’ Roses and Red Hot Chili Peppers are to be inducted into the Rock ‘n’ Roll Hall of Fame next year.

Red Hot Chili Peppers frontman Anthony Kiedis heard the news while on tour in Europe, and said he got upset when thinking about former guitarist Hillel Slovak, who died of a heroin overdose in 1988.

He told Rolling Stone magazine: “I called my dad and cried. The most emotional part for me was thinking about Hillel Slovak.

“It’s really kind of his induction that I’m the most excited about. He’s a beautiful person that picked up a guitar in the 1970s and didn’t make it out of the 1980s, and he is getting honoured for his beauty.”

Guns N’ Roses were the only act to be inducted in their first year of eligibility, but a huge question remains as to who and how they will accept their honour, as Slash and Axl Rose – two key members of the band’s original line-up – are at war with one another.

Axl was coy when asked about a potential reunion recently, saying: “I don’t know what they would ask of me. It’s up in the air.”

Original drummer Steven Adler lives in hope of the original members putting their differences aside, saying: “You figure that time heals all wounds, but some people just really hold a crazy grudge. Can’t we just be f***ing people who played music and accomplished a huge goal in their life and just play a couple songs? It’s only rock and roll, my god! It’s not rocket science.”

Axl continues to perform with Guns N’ Roses, but is the only original member of the band.