Glastonbury festival has confirmed U2, Coldplay and Beyonce Knowles as this year's headliners, as well as most of the other acts who will perform over the weekend. 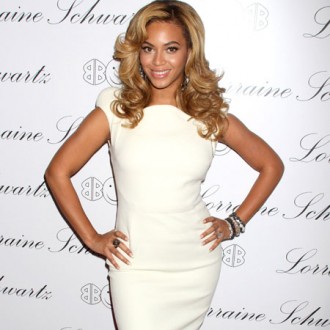 Glastonbury festival has today (14.04.11) announced its full festival line up, confirming U2, Coldplay and Beyonce Knowles as this year’s headliners.

The festival confirmed the line-ups for 15 stages which will run over the three main days it takes place, June 24 to 26, in Somerset, Southern England.

U2 are headlining the main Pyramid stage after pulling out last year after lead singer Bono hurt his back. Coldplay will headline for the first time since 2005, while Beyonce will be playing at the festival for the first time.

The ‘Single Ladies’ hitmaker has previously said she is looking forward to her performance, saying: “I’m pumped just thinking about that huge audience and soaking up their energy.

“This really is the biggest festival in the world and I cannot wait to perform.”

It has also been rumoured today she will be joined onstage by Coldplay frontman Chris Martin, his wife Gwyneth Paltrow and her husband Jay-Z.

Also appearing on the Pyramid stage over the weekend are Morrissey, Elbow, Biffy Clyro, Wu Tang Clan, Two Door Cinema Club, Paolo Nutini, Tinie Tempah and Plan B among many other acts.

The Other Stage – the second largest- will be headlined by Primal Scream, Chemical Brothers and Queens of the Stone Age, and will also see appearances from Mumford and Sons, White Lies, Kaiser Chiefs and Eels.

Other stages include the rap, hip hop and soul of the West Holts stage, which has performances by Cee Lo Green, Kool and The Gang, Chase and Status and Jimmy Cliff.

The alternative John Peel stage will have DJ Shadow, Glasvegas and The Streets performing, while other stages include The Park, Acoustic, East Dance and Oxlyers In West.

For a full list of artists performing at the event, visit glastonburyfestivals.co.uk