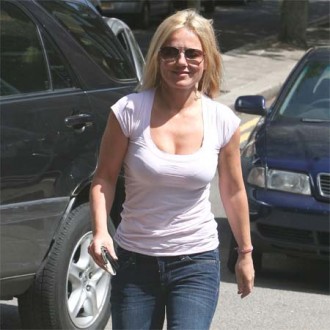 The ‘Lift Me Up’ hitmaker has not released any music since her second solo album in 2005, ‘Passion’ – which met with little commercial success – but is now hoping to revive her musical aspirations, turning to her ex-bandmates for advice.

A source told The Sun newspaper: “Geri is back in the studio. She wants to release a solo album next summer. Her masterplan is to start off with a cover reworked as a huge dance track.

“She has been texting all of her friends – including band mate Victoria Beckham – asking for their favourite tracks for her to record.”

“She is recording a handful of them now. She is out of a record deal so she has decided to do it and fund it herself. She considered taking it to a label but thought the way her fellow Spice Girl Melanie Chisholm conducted her solo career was a better idea – pulling it together herself.”

Geri – who completed the Spice Girls line up with Victoria, Melanie, Melanie Brown and Emma Bunton – is thought to be forming a record label to release her new tracks, and may also considering signing up other acts to appear on it with her.

The source added: “Geri also has a girlband she is working with, who she thinks could cut it. She thought it would be wise to sign them on her own and get the cash for herself.”

Between leaving the Spice Girls in 1998 and 2005 Geri scored eight top ten singles in the UK, including four number ones, including her cover of Weather Girls ‘It’s Raining Men’.