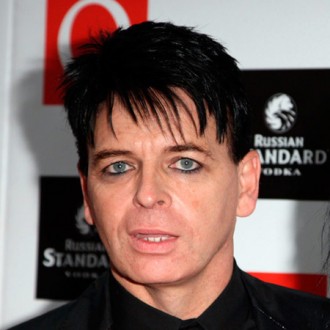 The most popular period in the musician’s career was in 1979 with his singles ‘Cars’ and ‘Are Friends Electric’ but he wishes modern dance music would move forward rather than trying to emulate tracks from the start of the electronic pop era.

He told the Yorkshire Evening Post newspaper: “I’ve heard a lot of dubstep that I really like, some that I thought was utter rubbish. Same can be said for much of electronic music these days.

“Some people seem to want to keep reinventing the late 70s and early 80s and I don’t get that at all. It’s been done quite well already so let’s keep trying to move forward.”

Gary, 53, also said he’s unrecognisable today from the frontman he was when he started performing, and is glad for his mistakes and what he’s learned as a result of them.

He added: “I’ve changed Beyond all recognition; from a frightened kid, totally out of my depth who practiced every twitch of an eyebrow, to someone who has lived it for over 30 years and grown to love it more than anything.

“Everything that could possibly go wrong has done, and it’s never as bad as you think it’s going to be. That realisation brings a comfort and that comfort creates confidence and a belief that you know what you’re doing. I’m still learning though, still looking at other people and seeing where I can improve.”

Gary’s new album, ‘Dead Son Rising’ is out in September.