Gary Barlow thinks Take That have too much talent

Gary Barlow says there is ''too much'' talent in Take That now Robbie Williams has rejoined the band and dynamics in the group have changed. 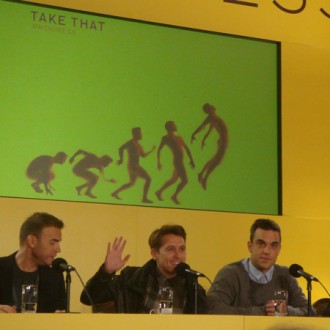 Gary Barlow says there is “too much” talent in Take That now Robbie Williams has rejoined the band.

The ‘Angels’ singer was reunited with his former bandmates last year – 15 years after quitting the group at the height of their fame – and Gary says having him back means the dynamics have changed.

He said: “The band is different with Robbie. We work in a different way. What we have now is too much talent in the room.”

Gary says he and the rest of the group – Mark Owen, Jason Orange and Howard Donald – have had to adapt their roles since Robbie returned.

He revealed to The Sun newspaper: “When Take That are a four, Mark and myself are the leading songwriters. Jay joins in on the lyrics and Howard starts with the melodies. Now you add Robbie and he and Mark are doing the same job – and I can do what they do too. You have three people writing. It’s a jigsaw.”

Following Robbie quitting in 1995, the band continued to play as a four-piece until they split in 1996.

They then reunited in 2005 with Gary, Mark, Jason and Howard, and had two hit albums and two sold-out tours before Robbie rejoined last year.

Their ‘Progress Live’ tour kicks off later this month.