Gary Barlow had no problem signing up Diamond Jubilee acts

Gary Barlow has had ''no problem'' persuading acts to sign on for Queen Elizabeth's Diamond Jubilee concert, to be broadcast live on June 4. 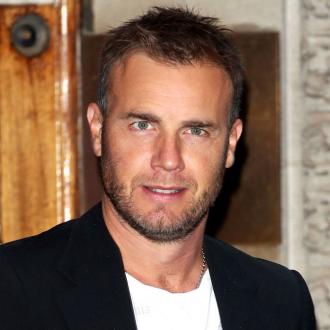 Gary Barlow has had ”no problem” persuading acts to sign on for Queen Elizabeth’s Diamond Jubilee concert.
The Take That singer is organising a special free event outside Buckingham Palace in London to mark 60 years of the queen being on the throne on June 4, and says artists have been jumping at the chance to appear.
He told BBC Radio 2: ”I’ve been working on this for about six months already to try and get the headline acts booked.
”I’m about sixty per cent through booking the bands, we’ve already got some pretty big acts: Sir Paul McCartney, Sir Elton John, Sir Tom Jones, JLS, Jessie J, Ed Sheeran, Dame Shirley Bassey, Sir Cliff Richard.
”Nobody took much persuading. My focus at the moments is actually some of the American artists, because we’re not only featuring British artists or Commonwealth artists.
”I’ve got to be honest, it’s not a hard sell, everybody you talk to, you say, ‘This is for the queen’ and they’re like, ‘This is amazing, we want to be involved.”’
The queen, the Duke of Edinburgh and other royals will attend the event, which will be staged at the Queen Victoria memorial at the end of The Mall, in front of Buckingham Palace, which Gary describes as ”the best backdrop in the world.”
He added: ”We’re going out live on BBC One on June 4 and it will be beamed around the world, I think there’s going to be a couple of billion people probably going to watch this event, all eyes on the capital and all eyes on the artist, and it’s going to be a great day for Britain.”
A ballot has been launched to give 10,000 members of the public free tickets to the event, To apply go to www.bbc.co.uk/diamondjubilee before 2nd March.