Game has released a tribute track to Nate Dogg called 'All Doggs Go To Heaven', 48 hours after his passing. 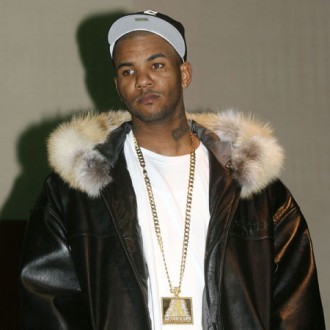 Game has released a tribute track to Nate Dogg called ‘All Doggs Go To Heaven’.

The rapper has wasted no time in preparing a musical dedication to the singer, with his track surfacing on the internet just 48 hours after the passing of Nate aged 41 at his home in Long Beach, California on Tuesday (15.03.11).

The track features a sample from ‘Diamonds Are Forever’- the theme song to the film of the same name – and uses many samples of hooks sung by Nate on various hip hop tracks.

Game later raps the lines: “He was just 41 so I’m just gonna get high and just drink until this 40 done / but I really want to cry / s**t I really wonder why the good n*****s got to die / If we living under god maybe he’s living in the sky / and I couldn’t bring him back if I tried.”

Nate had worked extensively with producer Dr. Dre and was a close friend of other Los Angeles hip hop artists including Game and Snoop Dogg, who he had grown up with.

Upon hearing the news of his passing, Game – formerly known as The Game – said: “We lost a great peer in the business. I will always remember the time I spent in the studio with him. He was very encouraging and professional. I will miss his voice, presence and advice. He’s a part of hip-hop’s rich history. My heart and condolences goes out to his family .”

The cause of Nate’s death is yet to be released, but it is believed to have been as a result of medical complications. Nate had suffered two strokes, in 2007 and 2008.