Friendly Fires have revealed they believe their song writing style is similar to that used in house music. 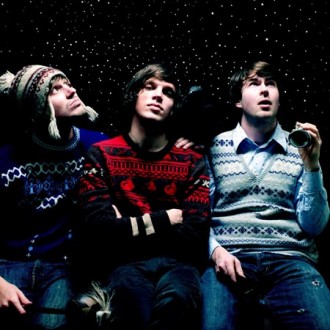 The group prefer to write about subjects close to their own hearts, rather than issues in the outside world, and think their approach is similar to that used in dance music.

Frontman Ed Macfarlane said: “I find it quite difficult to write about the world around me.

“There’s a concept to our new record, ‘Pala’, but I think lyrically, individual songs are about things that are immediately close to me and quite universal.

“Love and rejection and happiness and sadness. Very open subjects rather than issues that are happening outside. I think other bands can do that better.

“My favourite lyrics come from house music and tend to be very direct, just about relationships.”

The group also insist they would prefer to listen to “fun” music rather than “clever” tracks that follow a certain formula.

Ed added to NME magazine: “I think it’s a risky process, writing the kind of music we write. You’re kind of always treading a fine line, that boundary between taste and going horribly wrong.

“That’s the fun of trying to write pop music rather than the safe, tried and tested formula of bass, guitar and drums.

“I’ve never understood that kind of mindset. I mean, I’d much rather listen to a Justin Timberlake record than a Morrissey record with clever lyrics and tried and tested guitar tunes. It’s just not what we’re about. And if that kind of alienates us from the world of indie, well, good.”