Franz Ferdinand are rumoured to be preparing for a UK live return in December, with a set at the All Tomorrow's Parties Bowlie 2 weekender, curated by Belle and Sebastian. 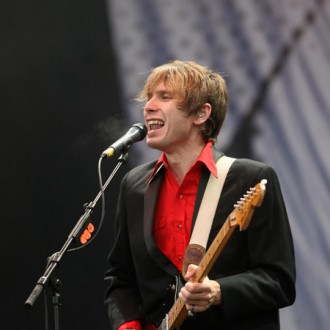 Franz Ferdinand are rumoured to be preparing for a live return to the UK in December.

Fans are hoping the band will be surprise guests at the All Tomorrow’s Parties (ATP) Bowlie 2 Weekender – curated by their friends, fellow Scottish group Belle and Sebastian – to commemorate 10 Years of the festival.

A source close to the group said: “The Bowlie Weekender was what started off All Tomorrow’s Parties, so it is a special show for Belle and Sebastian. And the line-up is a bit of a who’s who of Scottish indie from the last 30 years – Edwyn Collins, Camera Obscura, Teenage Fanclub – I mean there’s only really one name missing from that list – and it’s Franz.”

Franz Ferdinand played a set of ‘secret’ shows earlier this month in Spain, fuelling rumours they are ready to make a full live comeback. The group last played full scale shows in Europe in 2009, and announced in February they had started work on their fourth album.

Other non-Scottish acts which have been confirmed for Bowlie 2 – which takes place between December 10 and 12 at Butlin’s Holiday Centre, Minehead, Britain – include Crystal Castles, Isobel Campbell and Mark Lanegan, The Vaselines, The New Pornographers and Best Coast.

To buy tickets or for more information please visit www.atpfestival.com.