Making Foo Fighters' latest album was like ''diffusing a bomb'', because it was recorded on hard to use vintage equipment. 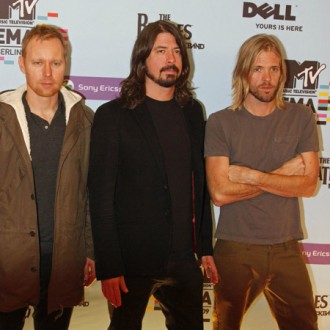 Making Foo Fighters’ latest album was like “diffusing a bomb”.

The ‘Rope’ rockers recorded ‘Wasting Light’ on analogue equipment, which they and producer Butch Vig hadn’t used for over a decade, and found difficult to initially get to grips with.

Singer Dave Grohl said: “There’s definitely a craft to using old stuff. Handling the analogue tape is an art in itself.

“Butch had not done it himself in 15 years. It’s so intricate and sensitive it was like defusing a bomb the first time. There was sweat running down his face and mine.”

The 42-year-old singer added he thought it was a shame up-and-coming musicians rarely get to experience using manual recording equipment in today’s age of digital technology and recording on computers.

He added to the Daily Star newspaper: “Unfortunately kids learning how to engineer aren’t taught how to do that first anymore.”

Dave, 42, also feels rejecting modern technology such as autotune treatments on vocals helped create a “raw” sound for the record.

He explained: “There was nothing digital, just really simple as good things stem from simple beginnings.

“Put a microphone in front of a guitar and it should sound good – that’s if you can play it. I wanted to tap that rawness.

“This album gives you that and the fact it’s a little loose made it sound huge.”