Florence Welch is one of a number of stars reportedly being lined up to perform at an Amy Winehouse tribute concert. 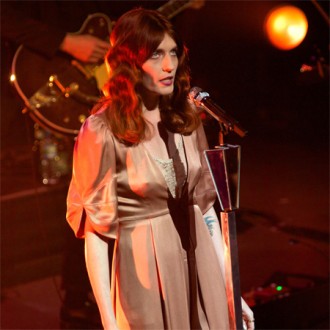 Florence Welch is being lined up perform at an Amy Winehouse tribute concert.

The Florence + the Machine singer is one of a host of stars said to be earmarked by the late singer’s father, Mitch, to play a show to raise funds for the Amy Winehouse Foundation, which seeks to help young people who are in distress.

A source told the Daily Mail newspaper: “Mitch first mentioned hosting a concert last summer but now the wheels are in motion. Florence, Lily Allen, Jessie J and Mark Ronson are being linked to the gig, but nothing is set in stone yet.”

Mitch is also said to be in talks with the local council in Camden – near where Amy grew up and where she was living at the time of her death from accidental alcohol positioning in July last year – about erecting a statue of her.

Mitch reportedly would like the statue to sit outside The Roundhouse venue, where Amy made her last public performance, joining her goddaughter Dionne Bromfield on stage just days before she passed away.

Shortly after Christmas, Mitch said he is still finding it hard to come to terms with the loss of Amy, but is determined to make the charity a success.

He said: “At one children’s hospice I met a lady who’d just lost her five-year-old daughter. She said to me, ‘I’m so sorry about Amy.’ We’ve got to raise money to help people like that.

“I haven’t stopped crying since the news, but we do not give in. You have to just roll your sleeves up and get cracking. Nothing will deter us in our mission to help kids in Amy’s name.”