Florence Welch finds being the singer in her group Florence + the Machine ''draining''. 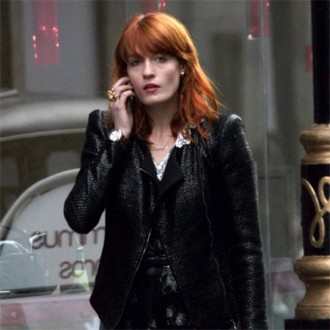 The Florence + the Machine singer admits she has to make “sacrifices” when she goes on tour, and finds performances physically tiring, but it is worth for her “dream job”.

She told BBC Radio’s Newsbeat: “You’re doing these amazing things but there are sacrifices to be made for that and you work incredibly hard.

“It gets very draining but I’m doing my absolute dream job and I wouldn’t want to do anything else.

“The highs and the lows come with the same package – touring and travelling and being away from home.”

The ‘No Light, No light’ star also said she has grown between her debut album ‘Lungs’ and ‘Ceremonials’, released last year, and is now more independent.

She added: “You have to figure out what makes you feel right. That’s what the last couple of years have been about, how I feel comfortable and how I feel as a performer.

“People can tell you what to do and what not to do, but until you start making your own mistakes, that’s the only way.”