Fleet Foxes second album will be ''more personal'', and lead singer Robin Pecknold said the band have worked to ''push themselves'' in every way for its recording. 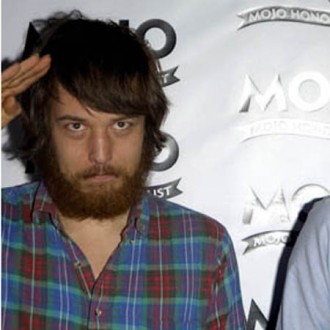 The acoustic folk band’s singer Robin Pecknold said tracks on their forthcoming album – recorded over eight months in their own studio in Seattle, North West America – have more of a private element and less guarded lyrics than the band’s self titled debut.

He told Clashmusic.com: “I think in every facet from music to lyrics to song length to structure we were trying to push ourselves a bit on this record.

“It’s a lot more personal to me and direct in terms of the lyrics, less shrouded in metaphor or visuals. Musically I’d say it’s still in the same family but hopefully just more refined.”

He also said the album has been inspired by the band’s surroundings, in particular trips to the Big Sur region of Southern California.

He added: “There were visits here and there to other studios around Seattle like Bear Creek and Avast. But I also took a number of trips down to Big Sur where a few songs got started too.”

The area has a long standing association with artists and writers, having been the location and partial inspiration for beat writer Jack Kerouac’s book ‘Big Sur’ and the home of writer Henry Miller. It is also referenced in many songs from artists including Red Hot Chili Peppers, The Thrills and Death Cab for Cutie.

Fleet Foxes are planning to release their new album next spring.