Flo Rida has left organisers of an Australian music festival ''extremely disappointed'' after he failed to turn up for his performance on Saturday (22.10.11). 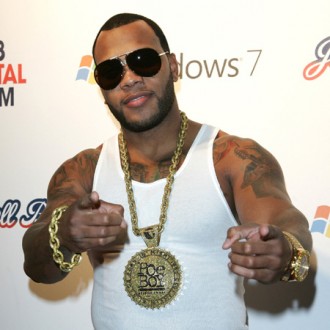 Flo Rida left organisers of an Australian music festival “extremely disappointed” after failing to turn up for a scheduled performance.

The rapper was due to play at the Fat As Butter festival in Newcastle, Australia, on Saturday (22.10.11) but he was reportedly unhappy with his accommodation and had “transport issues”, which left frustrated organisers having to inform fans that he wouldn’t be appearing, shortly before he was due to perform.

“Fat As Butter was one of the first shows locked in for his Australian tour and was set to be the largest in terms of audience attendance.

“What happened on Saturday was completely out of Fat As Butter’s control. We sympathise with and share in the frustrations of fans and festival patrons who were so disappointed by Flo Rida’s non-appearance. We were hanging on with great hope that he would perform, and went to great lengths to make contingency plans in the hope that he would show up late.

“However, the festival had to go on, so we delivered the news that Flo Rida would not be appearing as soon as we got word the he had definitely cancelled.”

Flo Rida took to his twitter account to apologise to his fans for his no show, blaming it on “unforeseen circumstances”.

He tweeted: “Australian fans, I was looking forward to performing for you but due to unforeseen circumstances I wasn’t able to do so last night.”