Eminem, Foo Fighters and Coldplay have been announced as the headliners of this year’s 20th anniversary Lollapalooza festival. 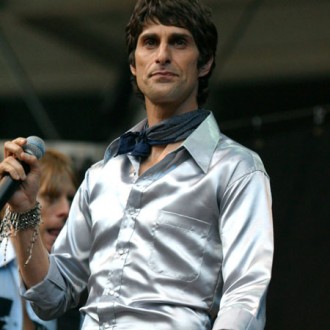 The US alternative rock event brings together three of the biggest acts on the planet to play in Chicago from August 5 to 7 this year.

Organiser Perry Farrell, of the band Jane’s Addiction, told Rolling Stone magazine: “I wish I was 20, but unfortunately it’s my festival that’s 20. I just feel so fortunate that I was able to make something so wonderful for the musicians and the audience.

“It’s just astounding where it has evolved to. In 1991, we had seven groups and we were performing on dirt fields.”

Lollapalooza was one of the first events to offer a diverse bill to fans, with heavy metal, punk, dance and hip-hop acts all playing on the same stage, and it has often found and championed upcoming bands, giving them one of the first breaks of their career.

Speaking of his eclectic choice of who plays, Perry added: “A lot of this music – we’ll call it festival music – it’s still not popular music.

“If you look at pop, pop is one thing. Festival music is another, and it still holds true that we’re looking to book acts that are critically acclaimed and have credibility. It’s just very interesting that it’s become its own working organism.”

The festival has also greatly expanded during its twenty years and now boasts over 100 acts playing over its three days on its main and newly added dance stages.