Emeli Sande changed because of Adele

Emeli Sande adopted her middle name professionally as she shares the same first name as Adele and didn't want there to be any confusion between them. 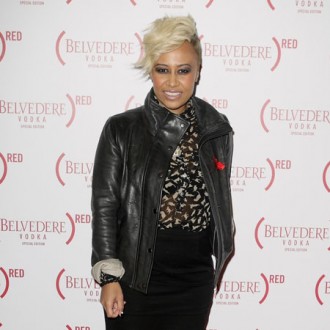 Emeli Sande changed her name as soon as she heard Adele’s music.

The Scottish singer shares a first name with the ‘Rolling in the Deep’ hitmaker, but decided to adopt her middle name as a performer instead in order to distinguish herself from the Londoner.

She said: “I thought ‘Oh my God, she’s going to be humongous.’ I feel more like an Emeli. It’s weird when people call me Adele now because I just think of Adele.”

Despite collaborating with rap stars including Professor Green, Wiley and Chipmunk, Emeli will hopes her debut album ‘Our version of Events’ will have a different and eclectic sound.

She said: “I love hip-hop and that whole scene in the UK but it’s not where I come from. I love songwriting and I play piano, that’s how I started.

“I wanted to keep it to my style. I wanna hear tunes. I love what’s very current, but at the same time I love classics, people like Nina Simone and Joni Mitchell.”

Later this year, Emeli will support Coldplay on tour and feels “honoured” to have been invited to open up for the ‘Paradise’ group.

She added to Attitude magazine: “I respect Chris Martin so much as a writer. I think he’s a genius with his lyrics. It’s an honour that they chose me.”