ELLE editors react to the controversial Kanye Pan Am performance

Kanye mic-dropped at the Pan Am games, and we were there. 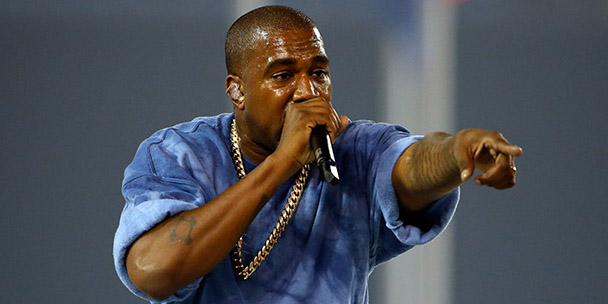 Kanye West (alongside Canada’s Serena Ryder and Pitbull) headlined last night’s Pan Am Games closing ceremony. Despite a little controversy in the lead up (certain parties were not impressed that Kanye was being paid for by Canadian tax dollars), but all was going well with the set of Kim’s husband’s greatest hits until the sound cut out. West bravely struggled on for a while, but when the “technical glitch” went unresolved, he dropped that mic and was outta there.

Four ELLE editors just happened to be in the audience last night (plus one watching live on TV), so here’s their eyewitness reactions to #kanyemicgate.

“I think we’re lucky all Kayne did was throw the mic in the air. I was so frustrated by the anti-Yeezy protests, audience members leaving early and his killer set being shut off that I was ready to drop kick the Pan Am mascot into outer space.”

“I loved Kanye’s performance! It actually felt super intimate and like a really fun house party.”

Technical difficulties robbed Kanye of a strong finish to his performance. I didn’t see the mic throw as a Yeezy tantrum, but rather a commemoration to Pan Am’s sport of  javelin.  “Touch the sky,” indeed.

“I thought his performance was joyful, energetic. He even cleaned up his lyrics (Imagine him doing that even five years ago!) I sang along from my couch-all the while I was wishing I was in the stadium.”

“Best. Mic drop. Ever. I have nothing but love for Kanye. His performance was essentially a live rendition of the best possible Yeezus mix tape–a smart playlist considering the crowd and venue. Plus, who else has that much presence on a barren stage? What do I think about the mysterious/not-so-mysterious cutting out of the sound? Silencing Kanye is like forgetting to wear pants to work. #majorfail”