Duran Duran believe they have become ''edgy'' again with their latest album 'All You Need is Now'. 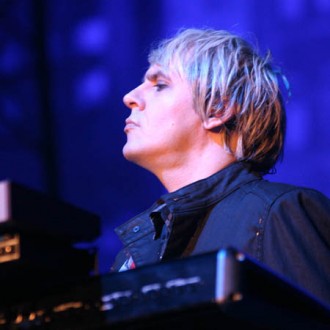 Duran Duran have become “edgy” again on their new album.

The group’s frontman Simon Le Bon feels they have recaptured the essence of the band’s very first albums on latest LP ‘All You Need is Now’.

He gives some of the credit for their creative renaissance to producer Mark Ronson – who is a huge fan of the ‘Rio’ hitmakers.

“Our first two albums were considered cutting edge, futuristic and very modern. Mark brought that element of danger and risk back to our music this time around, rather than it sounding like it was designed for the charts beforehand.”

The singer has also revealed the band – which is also comprised of Nick Rhodes, John Taylor and Roger Taylor – are finding their current touring schedule much more hectic that what they were used to in their 80s hey day and he admits there is less time to party.

Simon explained: “Touring is very different now. Firstly, the venues are bigger – these 10,000-capacity places just didn’t exist when we were first around. I remember playing at a bus depot in Leeds. It was all car parks and town halls then, and we’d only do three shows a week, max.

“Now we’ll be doing five. In the old days we did so few because it was hard to stop us partying.”

‘All You Need is Now’ is out this week.