Doris Day, 87, has broken a chart record by becoming the oldest artist in chart history to score a UK top ten hit with an album of new material. 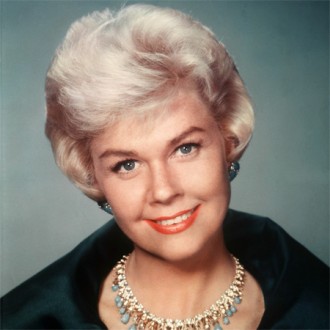 Doris Day has become the oldest artist in chart history to score a UK top ten hit with an album of new material.

The 87-year-old singer-and-actress’ latest release, ‘My Heart’, went in at number nine yesterday (11.09.11), over 62 years after the release of her debut album.

The record features 12 previously-unheard tracks recorded between 1951 and 1994 and was produced by her son, Terry Melcher, prior to his death in 2004.

Speaking about the album, Doris said: “I was asked to choose the songs I preferred for the album; these are the tunes that reflect my love of animals, my love for my son.

“They’re the dearest things to My Heart.”

In 2009, Dame Vera Lynn scored a number one album at the age of 92, but it was a greatest hits compilation, not new material.

Doris recently spoke about making the album, admitting how much she enjoyed recording it.

She said: “It has been a long time. I had a lot of fun doing it and I hope people enjoy it as I enjoyed doing it so much.”

As well as producing the album, Terry – who sung on The Beach Boys’ ‘Pet Sounds’ album during his career – also sang on one of the tracks, and Doris is delighted with his contribution.

She said: “I miss my Terry every day. But I keep him here and I’m so happy that he’s singing on the album. I used to love to hear him sing and he should have done more things. I get mail from his friends all the time saying he had so much talent and he was always laid back. He didn’t push himself. He was such a good guy and I loved him dearly.”