DMC's new album will be like his group Run-DMC's 1985 record 'King of Rock' ''on steroids'' and be inspired by heavy metal bands. 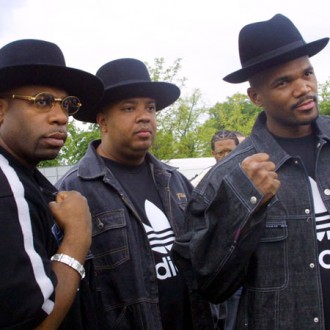 DMC’s new album will be like his group Run-DMC’s 1985 record ‘King of Rock’ “on steroids”.

He said: “This upcoming album is going to be ‘King of Rock’ on steroids. It’s going to be fun, and I worked with the best producers and musicians in the business.

“The majority of the music is all live music instruments. The reason why I say ‘King of Rock’ on steroids was because you had beats and guitars being played.

“This album is completely live. I think what I’m trying to do with this album, if you look at rockers Korn, Limp Bizkit, Linkin Park, Kid Rock said ‘Run-DMC and Aerosmith had a baby and I popped out.’ ”

But the 47-year-old rapper said the record’s heavier sound is nothing new because Run-DMC – who were also made up of Jam Master Jay and MC Run until the former was shot dead in 2002 – “were never just an urban rap group” and he is revisiting previous styles with his forthcoming solo project.

He added to SOHH.com: “We’re known for creating it but even when we were on Arista Records, those A and R people and the radio and all that stuff, they kept us urban but Run-DMC was never just an urban rap group. We were universal. We were rock and rap. So this record is saying, ‘OK, you say we created this now this is how we did it.”