Amy Winehouse's goddaughter Dionne Bromfield is considering recording a song or even album in tribute to the late 'Back to Black' hitmaker. 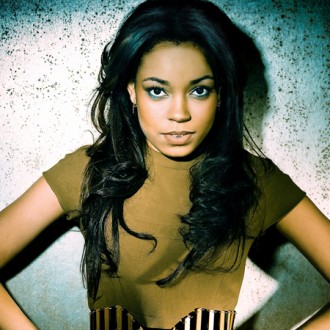 The 15-year-old singer hinted she has written lyrics about her godmother – who was unexpectedly found dead at her home in Camden, north London, on July 23 – and may even record a whole recorded dedicated to the ‘Back to Black’ hitmaker.

She told the Daily Star newspaper: “Everyone says I’ve got to carry it on, but there’s only one Amy Winehouse.

“But you’ve got to remember she trained me up from the age of 10, so we have a lot of similarities.

“You never know about a tribute album. I’d definitely like to do something.

“A lot of stuff that’s happened recently I’ve written about for my next album.”

Dionne – who was joined by her mentor at London’s Roundhouse just days before she passed away – has previously told how Amy taught her to write songs by insisting she keeps a diary.

Dionne told BANG Showbiz: “I kind of have a diary. My godmother Amy told me, ‘Always keep a diary of everything you do’ and I was thinking, ‘how can you make a song out of stuff you’ve written in your diary?’

“But then it all just clicked in my head, and once you’re in the zone, it’s kind of just there, it was amazing.”

Dionne’s second album, ‘Good for the Soul’ is out now.