Def Leppard ''don't see the point'' in releasing full length albums, as people don't have the time to listen to them. 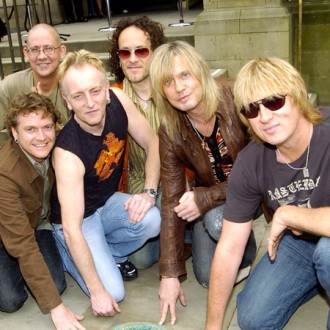 The ‘Pour Some Sugar on Me’ rockers are set to work on new material for release next year, but aren’t likely to write a full length album, as they don’t feel people aren’t interested in today’s MP3 driven market.

Guitarist Vivian Campbell said: “Next year we’ll put out an album. I am not sure if it will be a full-length. I don’t see the point in putting out full-lengths since the goal post has shifted. People are not interested in full-lengths.

“It used to be 10-12 songs that the record company wanted and you go into the studio and do the songs.

“Now, people don’t have time to listen to a full album. Very few will do that, so we want to give people quality.”

The guitarist also said that the band – which includes Joe Elliott, Phil Collen, Rick Savage and Rick Allen and formed in 1977 – don’t act like “typical” rock stars anymore, but also don’t take themselves too seriously.

He added to artistdirect.com: “We have been through a lot together and it’s a very easy environment to work in. We don’t take ourselves seriously, but we take our job seriously.

“We are sober and we do our gigs and it’s not the typical rock star thing. It’s nice that there is no pressure that way and we’re all there for the right reasons.

“We have had great football games and some near death experiences on private airplanes! We have had all of that, and it’s all part of the bonding experience.”