Blondie singer Debbie Harry joked she ''can't stand'' her band mate Chris Stein because of their differing views on songwriting. 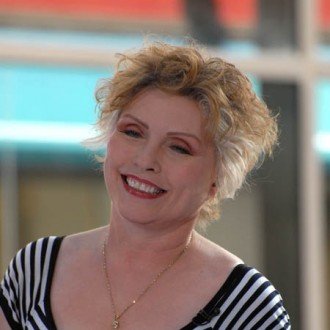 The ‘Call Me’ hitmakers have been in a band together since 1973, and were a couple until the early 90s, but despite not being romantically involved and their personal differences, their songwriting partnership still works.

Debbie joked to the Daily Mail newspaper: “To be honest, I can’t stand him, but we get on with it. We approach everything differently, so it is a constant surprise to me that we work so well together.

“Our relationship has always been creative. We’ve had our disagreements, but there’s never been any ego clashes.”

Debbie added that when they initially met she thought Chris may be gay because of his effeminate look.

She added to the Daily Mirror newspaper: “He was magnetic. I didn’t know if I could take him seriously and I thought there was a good chance he was gay because he was wearing eye make-up and wore lots of jewellery.”

Along with drummer and third core member of the group, Clem Burke, Blondie enjoyed huge success between 1978 and 1982, before reuniting in 1997. The group released their ninth album ‘Panic of Girls’ in May.