deadmau5 to 'play with people's minds' 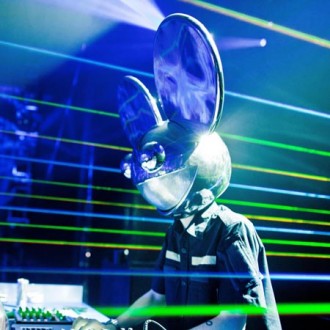 The dance music producer will perform an exclusive one-off set in the English capital which will be combined with a visual show that will see the city’s Millbank tower transformed into a 120 metre screen as part of the Nokia Lumia Live event.

deadmau5 will also unveil a new track, which he has composed especially for the show.

He said: “Obviously it’s all about music but at the end of the day people come to see a show. I think this takes it to the next level. The visuals have been created around an exclusive mix I have put together and it looks and sounds awesome.

“I think this could definitely be a new way forward for visuals for live shows. The cool thing is that you can really play with people’s minds.”

deadmau5 is also pleased with the creative freedom that he has been given with his music for the event, and that the show is free to the public.

He added: “I make new music everyday but the visual guys said do whatever you want and we’ll work around that – it’s great to have that kind of creative freedom.

“There is nothing worse than watching something where one part is clearly an afterthought. Visuals are part of the show. You don’t want people walking away saying good tunes but shit show or vice versa. just doesn’t work.”

deadmau5 and Totally Enormous Extinct Dinosaurs will be performing free as part of Nokia Lumia Live. The amazing audio visual show on London’s Millbank Tower will also feature groundbreaking 4D projections and exclusive tracks from deadmau5. Head down in person, or watch it live on Nokia’s Facebook page at 9pm on Monday 28th November.