French DJ and producer David Guetta has admitted he was so desperate to work with Nicki Minaj he begged her to collaborate on his song 'Where Them Girls At'. 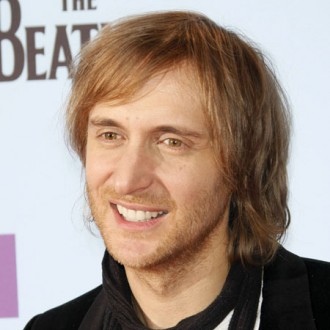 David Guetta was so desperate to work with Nicki Minaj he pursued her for a year.

The French DJ and producer – who is behind some of biggest hits of recent years, including Flo Rida’s ‘Club Can’t Handle Me’, Akon’s ‘Sexy Chick’ and Black Eyed Peas ‘I Gotta Feeling – is inundated with calls from artists begging him to collaborate, but is such a huge fan of Nicki he found himself begging her to record ‘Where Them Girls At’.

He told MTV news: “I’m a really huge fan. To be honest, it’s very rare that I call artists – most of the time they call me. I’ve been chasing her for a year because I really wanted to work with her.

While the song – which also features rapper Flo Rida – is currently shaping up to be a hit around the world, David is upset he has had to rush release it after hackers stole the vocals to the track.

He said: “I was not supposed to release the record so soon. Hackers stole the a capella and someone produced some music around it and put my name on it and put it on the Net. So it was horrible, I really didn’t like the music, and people thought it was me.

“I had to react to this by releasing the record without any promotion. Without a video, without anything. And what is really incredible and crazy is that the record is number one on iTunes in every country in the world. It’s absolutely unbelievable.”