David Guetta enjoys bringing out Nicki Minaj's ''full capacity as a singer'' when they collaborate on hits such as 'Where Them Girls At' and 'Turn Me On'. 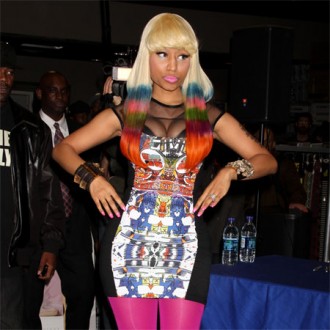 The ‘Sexy Chick’ hitmaker has worked with the rapper on a number of tracks including ‘Where Them Girls At’ and ‘Turn Me On’, and loves it when she sings as well as raps verses.

He told Vibe.com: “She’s the no. 1 female rapper. But she can also sing, which adds something different. These are all the things that attracted me to her.

“I wanted to take her someone unexpected musically. I think the work we have done shows the full capacity of her as a singer. I’m in love with her voice! I’m looking forward to working with her more in the future.”

David – who is behind some of the biggest hits of recent years, including Flo Rida’s ‘Club Can’t Handle Me’, Akon’s ‘Sexy Chick’ and Black Eyed Peas ‘I Gotta Feeling – has previously told how he chased Nicki for months to get her to appear on ‘Where Them Girls At’.

He said: “To be honest, it’s very rare that I call artists – most of the time they call me. I chased her for a year because I really wanted to work with her.