Dappy wants a guitar with his face on it

Dappy wants Queen guitarist Brian May to make him a guitar with his own face on it. 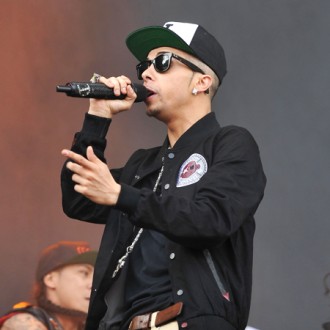 Dappy wants Queen guitarist Brian May to make him a guitar.

The ‘No Regrets’ hitmaker collaborated with the Queen legend on his new single, ‘Rockstar’, and used the opportunity to ask him to customise a guitar with his face on it.

He told the Daily Star newspaper: “I would love Brian to make me a guitar.

“He told me all about his guitar that he made with his dad out of wood from a fireplace in his old house.

“He even got a five-sided coin to put in the neck and he replaced the Queen’s head with his own head.

The pair’s collaboration came about after Brian praised Dappy for the lyrics to his UK number one single ‘No Regrets’.

Dappy added: “Brian bigged me up for my last single and said I should win an Ivor Novello award for lyrics. So I got his email and contacted him. It was a coincidence that track was called ‘Rockstar’.

“He told me, ‘You are a very different artist and unique, so carry on doing what you’re doing. There’s nobody else challenging you.’ ”

The 24-year-old rapper’s forthcoming release intends to show the pitfalls of being a star and pays tribute to a number of artists who died young, including Amy Winehouse.

He explained: “It’s all about paying homage to the 27 Club and amazing artists such as Amy Winehouse. It’s a song

about people getting to their lowest but it talks about turning a negative into a positive.”