N Dubz-star Dappy was upset when his recent single with Tinchy Stryder, 'Starship', only reached number five in the UK singles chart. 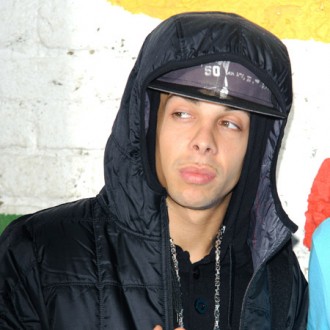 N-Dubz’ Dappy felt “not good enough” when he only reached number five in the singles charts.

The rapper teamed with Tinchy Stryder for ‘Spaceship’ and while his pal was pleased to score a hit, Dappy felt “not good enough” when he heard its chart position.

Tinchy said: “Where I come from, a number five hit is a big thing, you can’t get better than a number one, but top five is great.

“Dappy was like, ‘Tinch, I sorted you out a song, but it didn’t get higher than number five, we’re not good enough.’ But it was a good song. That’s what drives him – he always wants to better himself, that’s a good thing.”

As well as working with Dappy, Tinchy would love to duet with eccentric singer Lady Gaga in the future because he likes her unconventional approach.

He told more! magazine: “Would I work with Gaga? Yeah, I like the way she thinks out of the box. Who knows what the future holds?”