Coldplay sing their own songs in their spare time

Coldplay bassist Guy Berryman joked he only plays the band's own songs when he's doing karaoke. 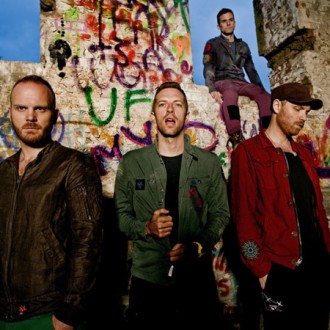 Coldplay’s Guy Berryman only performs the band’s own songs when he’s doing karaoke.

The 33-year-old bassist comically revealed during interviews in Japan – where the group played at the Fuji Rock festival – he likes nothing better than singing their own tracks on his days off.

An entry on the band’s the band’s Roadie42 blog said: “I watched as Guy was asked if he enjoyed karaoke. I was a little confused when he replied enthusiastically in the affirmative.

“‘Funny’ I thought, ‘He’s the one that’s never there when it’s a karaoke night’. My suspicions of deception were confirmed when he was asked if he did karaoke at home in London. ‘Almost every night’ came the dubious reply.

“Finally, he was asked what kind of songs he likes to sing. ‘Oh, just our stuff’ – the band duly collapse into giggles and the game is up.”

The ‘Viva La Vida’ hitmakers headlined Fuji Rock on Friday (29.07.11), completing their set at night, with the roadie explaining it was a “shame” the band – which also includes Chris Martin, Jonny Buckland and Will Champion – could not have arrived earlier to soak up the atmosphere.

He added: “A quick nip up on the bullet train saw us arriving just as it began to get dark. It’s a bit of a shame really, to travel all this way to a show that has an astounding view of such a natural spectacle – only to arrive when it’s too dark to see it.

“It’s definitely a show where those bands on earlier in the day get a better deal.”