Coldplay performed a spontaneous encore following their appearance on 'The Late Show with David Letterman', despite being hit with sound problems. 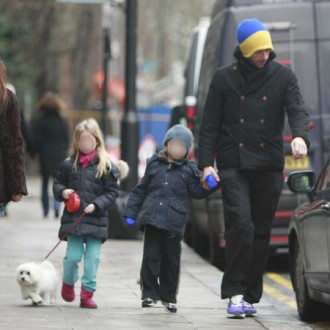 Coldplay caused “chaos and pandemonium” with a spontaneous encore after filming ‘The Late Show with David Letterman’.

The ‘Viva La Vida’ hitmakers had been told not to perform any extra tracks for the audience once the programme had wrapped but frontman Chris Martin decided to further entertain the crowd, despite their roadies already being in the process of removing their equipment from the stage.

Their roadie revealed on the band’s official blog: “Roadies commence unplugging and switching off and then suddenly Chris is spotted walking back to the stage. Further chaos and pandemonium ensues as it transpires they’re going to do ‘Us Against the World’.

“Poor old Hoppy is legging it about stringing cable across the floor and pressing a guitar into Chris’s hands. Everything works and Chris does a funny intro – tension of the day dispersed.”

The group – Chris, Will Champion, Jonny Buckland and Guy Berryman – were then hit by sound problems but continued on and gave a “ramshackle” but “wonderful” performance.

The blog continues: “Then, for no discernible reason, the guitar pickup cuts out. I’m not sure if someone from the crowd shouted it out or whether it was Chris’s idea – but he decides to do it without the mics rather than wait for the fault to be traced.

“It’s a small enough place that he can project and make it work. It’s a total pin-drop hairs-on-the-neck moment. Everyone is beaming as they watch – until suddenly it’s made clear that while this works great in the theatre, out in the sound truck for the webcast, no microphones isn’t quite so much spine-tingling as just plain silent. Cue more chaos.

“Slowly everyone joins in on stage. Will realises that Chris has taken the piano stool, so ends up kneeling on the floor. Jonny and Guy have their volume backed almost to off. The whole thing is just a joy to witness. Completely off the script, unplanned and ramshackle, but at the same time completely wonderful. Just the band and the audience sharing the moment.”