Coldplay: 'Burn' our album if you don't like it

Coldplay have joked fans should ''burn'' their new album 'Mylo Xyloto' for ''warmth'' if they buy it and don't like it. 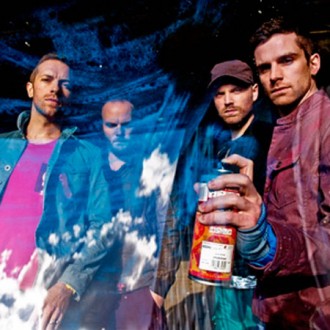 Coldplay say fans can “burn” their new album if they don’t like it.

The group released their fifth LP ‘Mylo Xyloto’ this week and have given many unusual reasons why people should purchase the record.

Asked what people can expect from the album, frontman Chris Martin joked: “I think its one of our roundest albums, it’s almost a perfect circle of a CD, it costs less than £20 and if you don’t like it you can always burn it to get some warmth, so it’s a three-pronged reason to buy it.”

Noel Gallagher’s solo album, ‘Noel Gallagher’s High-Flying Birds’ is currently number one in the UK album chart but Coldplay don’t think they will take the top spot away from him at the end of this week.

Chris said: “I don’t think so, we’ve never knocked Noel Gallagher off anything.”

The ‘Every Teardrop is a Waterfall’ hitmakers picked up the Best Act in the World Today prize at yesterday’s (23.0.11) Q Awards and said they enjoy attending the ceremony because it is like a “school reunion”.

Jonny Buckland said: “You get to see lots of bands and people you haven’t seen for ages.”

Chris added to BANG Showbiz: “It’s the closest we get to a school reunion you know, with all the bands.”