Coldplay have announced a pair of 'hidden' and 'intimate' Christmas shows in Newcastle and Liverpool, UK. 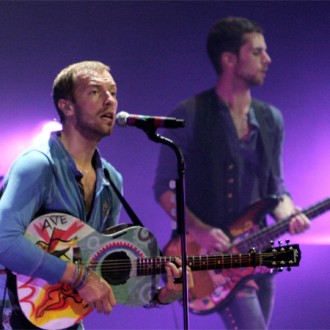 Coldplay have announced a pair of ‘hidden’ and ‘intimate’ Christmas shows.

The band will play two venues which will be kept secret until 24 hours prior to the concerts in Liverpool and Newcastle, which will raise money for homeless charity Crisis.

Both venues have been hand-picked by the band for their intimate nature, and both have a capacity of around 1,000 people.

The reason behind not releasing the venue information is said to be to give fans a taste of the uncertainty homeless people face every night of their lives.

Supporting Coldplay on both dates will be the Choir with No Name, a vocal group made up of homeless people and others on the fringes of society.

Coldplay – Chris Martin, Jonny Buckland, Will Champion and Guy Berryman – have long been involved with charities, having played a number of shows for good causes and even donating £1 million to children’s charity Kids Company.

A spokesperson for that charity said of the band’s charitable intentions: “I got the feeling the donation was something they had planned from the start of their careers.”

All proceeds from the show will go to support Crisis’ work with homeless people. For more information or to buy tickets visit www.seetickets.com/hidden or www.coldplay.com or www.crisis.org.uk