Ladytron believe Christina Aguilera's latest album 'Bionic' was a commercial flop because her record company wanted to market the singer against Lady Gaga. 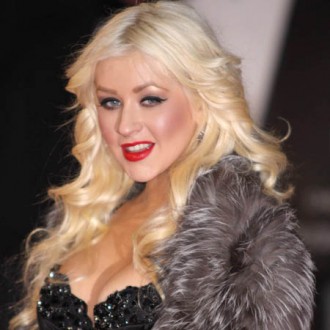 The singer worked with electronic act Ladytron on tracks for her ‘Bionic’ record but the group claim the finished version of the album was dramatically different to what they heard, and blame the changes on label RCA’s desire to market the star directly against Lady Gaga.

Daniel Hunt told website After LD: “The way she played the album to me was her original vision. She was on the right track but the record label f***ed up everything to be honest.

“All the good stuff got pumped into disc two. I think that if she would have done what she had in mind it would have been better.

“I also think that with what she had in mind she could have sidestepped all the kind of potential comparison with Lady Gaga which, you know, at the time it was that nightmare for her.

“She would have done it in the smart way and she would have been renowned now, but her record label instead wanted to put her against Gaga.”

Daniel and his bandmate Reuben Wu travelled to Los Angeles to work with Christina in 2008, after hearing Ladytron were one of Christina’s favourite bands. They recorded around five demos with the ‘Not Myself Tonight’ singer and said it was a “massive surprise” ho “musically talented” she is.

‘Bionic’ peaked at number three in the US and Canadian charts, and number one in the UK, but sales were much lower than her previous releases.