Christina Aguilera fell for Jagger from the start

Christina Aguilera ''loved'' her single with Maroon 5, 'Moves Like Jagger', the first time she heard it. 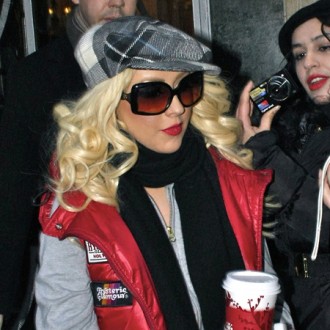 Christina Aguilera “loved” ‘Moves Like Jagger’ the first time she heard it.

The singer appears on Maroon 5’s latest single – which has currently held the number one spot in the US Billboard 100 singles chart for four weeks – and claims she knew it would be a hit, because it mixes so many elements from different decades.

She told MTV: “The first time I heard the song, I loved it. The song has elements from the 60s and 70s, yet is so current and unique.”

The band’s frontman, Adam Levine, has previously said while the song is a homage to The Rolling Stones singer Mick Jagger, he doesn’t actually have dance moves to match him.

“It’s about encouraging people to lose their self-consciousness on the dance floor and just move, like Mick used to.”

Adam – who stars alongside Christina on US TV talent show ‘The Voice’ – is also glad he got the diva to appear on the single because she added something different to it.

He said: “Christina gives the track a female perspective. It’s kind of cool hearing a girl singing about moving like Jagger. It took the track to a new place.”