Chipmunk feels as if his ''life was over'' when his collaboration with Chris Brown was leaked onto the internet. 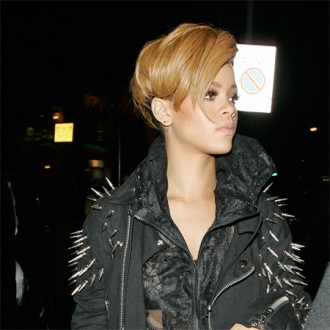 Chipmunk feels his life was over when tracks from his new album were leaked.

The 20-year-old rapper was livid when ‘Champion’, his duet with Chris Brown appeared on the internet before the record was released, so insisted the LP, ‘Transition’, had its release date brought forward.

“But it was OK. I just had to stamp on a few desks at my record label and say, ‘This needs to come out now.’ ”

Chipmunk also revealed how moved Chris – whose career has floundered since he was convicted of assaulting then-girlfriend Rihanna in February 2009 – was by the words of ‘Champion’ when he was first sent the song.

Explaining how their collaboration came about, Chipmunk told more! magazine: “I wanted everything to have some kind of deep meaning and I was thinking, ‘Who’s going to sing “Some people have to learn” and really mean it?’ Chris Brown!

“So we hollered at him and he absolutely loved it. He rang me and said the song hit him where it hurts.”