Girls Aloud singer Cheryl Cole is set to collaborate with Usher after the pair were spotted discussing music in a private meeting at a Hollywood hotel. 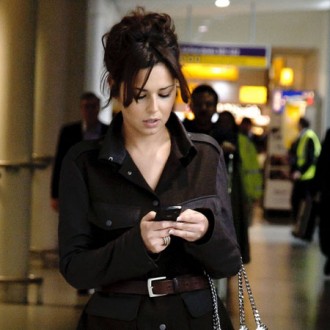 Cheryl Cole is set to collaborate with Usher.

The ‘Promise This’ singer has been holding private meetings with the ‘OMG’ hitmaker in Hollywood, where they are thought to have been discussing plans to record together.

A source told the Daily Star newspaper: “Cheryl was sat deep in conversation with a man at the bar in her usual hotel, the Sunset Marquis in Hollywood.

“We couldn’t believe it when he turned around and it was Usher.

“The pair were locked in chats for a long while, making notes and talking about music.

“Both looked really comfortable in each other’s company but appeared to be working hard on a secret project.

“Usher was surrounded by his entourage while perched at the terrace bar but he soon ditched his crew to go and sit in private with Cheryl.

“He was flirting with her but this is Usher – he’s known for being a smooth ladies’ man.”

Cheryl, 28, is hoping to break the American market with her music and her manager, Black Eyed Peas star will.i.am, recently explained she is being lined up to work with a number of stars.

He said: “Cheryl will be back bigger than ever. Over the next few months she’s potentially going to be working with artists like Rihanna, Katy Perry, Usher and, of course, the Peas.”