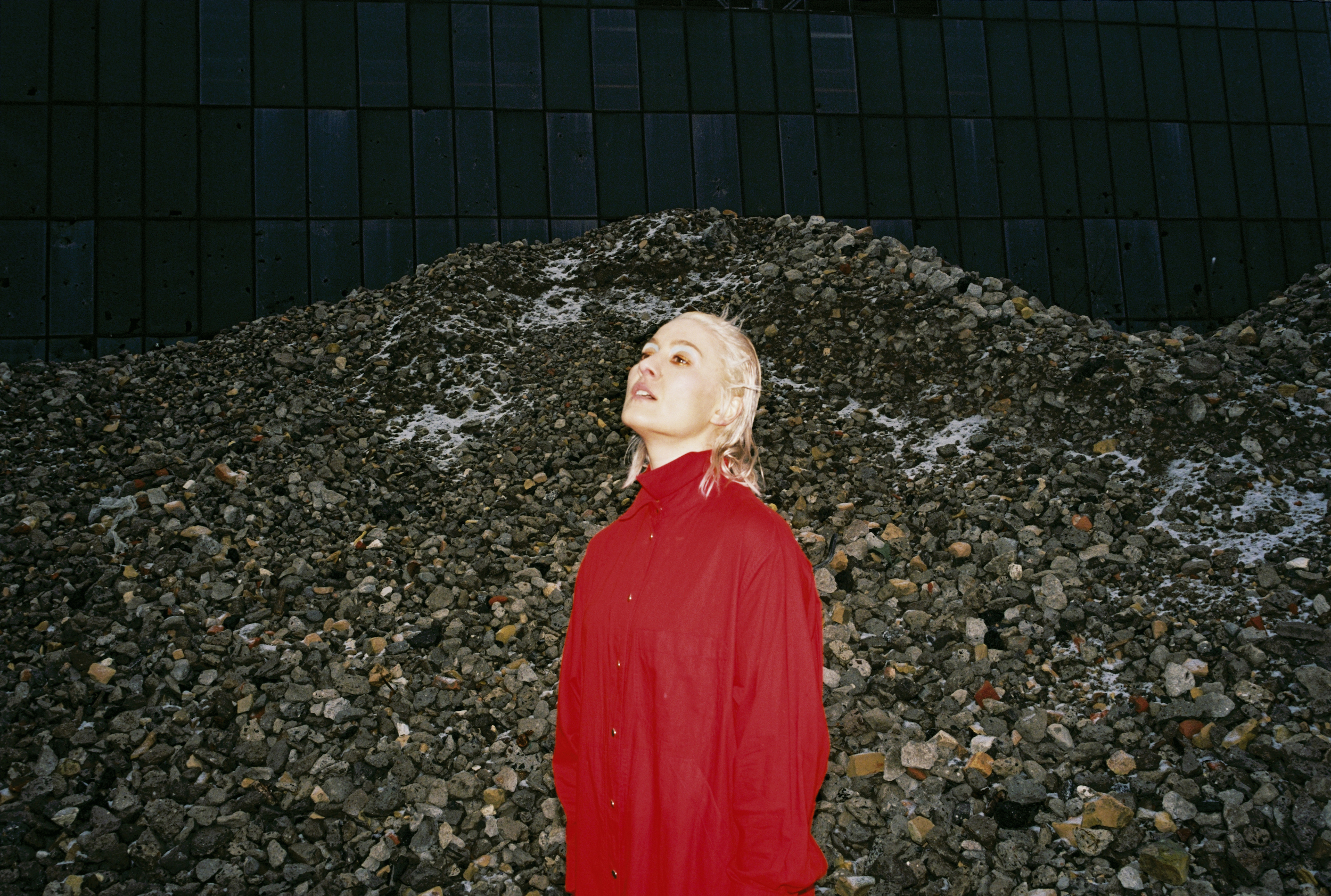 When Welsh singer Cate Le Bon wanted to reevaluate her relationship with music (anyone would need a break after working non-stop for five years), she moved to an isolated cottage in the Lake District in northwest England for a year. While Le Bon, who sings in both English and Welsh, spent her days learning to craft furniture (she enrolled in furniture school during her sojourn), by night she was alone with her piano. The result of her solitary year is Reward, her fifth LP out now, which she calls her most personal to date. It’s also ethereal and delightfully confounding, and likely quite distinct from what’s on your regular Spotify rotation.

Before we start talking about that, we had to ask: what did she do with the pieces she ended up making? “I made two chairs from the same tree, so gave one to my mother and one to my Auntie Rita,” she tells us over the phone. “It’s funny, you spend so long making something, the last thing you want to do is keep the piece of furniture. It’s quite nice having the reward being in the making and then giving it away.”

What was behind your decision to move to Lake District and essentially spend a year alone?

I’d been in a cycle of making a record, touring a record for about five or six years solid. I just think it’s good to sometimes check in and make sure that when you’re doing something—especially when it’s music or art—that it isn’t coming from a place of habit. I wanted to readdress my relationship with music and what I wanted from it, what was working and what wasn’t. So to go and do something else, which was attend furniture school, and make that my priority meant that music was given the freedom to become my hobby again.

And why furniture school?

“It had been growing inside me for a long time. You’re always waiting for someone else to grant you permission to do something, but, of course, you have to do that for yourself. I read this incredible book about the psychology of chairs and became really fascinated by them. It was borne of being a little bit preoccupied by that, but I was making excuses, saying I couldn’t do it. Then I found this school in Lake District and realized I had to book it and work everything else around it.

What was the most difficult part of the experience?

It was kind of crazy, even though it was my own choice to go. It was shocking. The whole architecture of my life changed pretty dramatically and quickly, and I don’t think I was fully prepared. There was a self-reckoning, of sorts. I had all this time and space and was static for a period of time. Things that you’ve maybe put aside or buried, all of the sudden, reveal themselves to you. It was a bit spooky, but good to get out of the way.

How did that year change your music and lead to your new album?

[The album] was being made in the background, with furniture school being in the foreground. Music was the outlet for all these emotions and revelations [I was going through]. I bought myself a piano, which was quite a fitting instrument because it’s intimate and there’s no hiding from it, it’s loud. It was the perfect tool, and the record happened over a longer period of time than I’d normally allow myself to write. The songs dictated everything.

You’ve said one of the new songs, “Mother’s Mother’s Magazines,” was inspired by being around “a lot of really fed up women.” What did you mean by that?

There’s been a real period of uprising, and I’ve seen my mother and Auntie Rita just being ignited by the women’s marches and the collective voice saying, “Enough is enough.” Both of them have spent a lot of their lives feeling like the second sex, like as women they’re qualified by their relation to men. It’s within that joy of them being ignited by this very audible voice that [inspired the song]. There’s also the angle that they’ve had to put up with so much sh*t for so long.

Have you ever felt a similar frustration as a woman working in the music industry?

Yeah. I think it’s the same for all women whatever the industry is. It’s very much a man’s world and we are absolutely the second sex. There’s a very particular type of frustration and sadness that you feel when, even now, you’re confronted with that kind of attitude and see it ingrained in people’s behaviour and in society. It’s crushing.

With your year in Lake District behind you, knowing what you know now, would you do it again?

Yeah, I think I would. It’s really important to check in and change things. You don’t necessarily have to be unhappy to do that. There were times when I couldn’t quite believe that I’d made all the decisions that had led to me being there, and yet I was really grateful that I had.