Calvin Harris is giving up singing when he performs live, to concentrate on working with other artists. 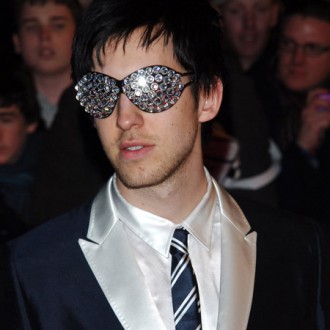 The ‘Acceptable in the 80s’ hitmaker insists he has no further plans to sing at his shows and instead will focus on DJing and behind-the-scenes work with other artists.

He said: “From now on, I’ll be in DJ mode. I’ve stopped the live shows.

“I’m going to focus more on production and DJing and zero per cent of my time will go on singing.

“I’ll do tracks with people who can sing well – proper artists, proper performers.”

Calvin, 26, also admitted one of the reasons why he has made the decision is that singing live terrifies him.

He added to Australia’s Herald Sun newspaper: “I’m not a singer. I’m not trained. Taking it onto the stage in front of people was terrifying. I got much, much better at it but I never lost the terror.

“And looking after your voice on tour is such a priority and such a nightmare. If I had a night out the night before a show it’d be awful and I’d feel for the audience. I’ll do some studio singing for sure, but never live. It’s not worth the risk for anyone, for the people in the audience or me, my pride.”

Behind the Mac "Made in Canada" showcases one of our country's greatest influences on global culture right now: music.