Katy Perry fell out with Calvin Harris over twitter after he pulled out of her 'California Dreams Tour' in the UK and Ireland. 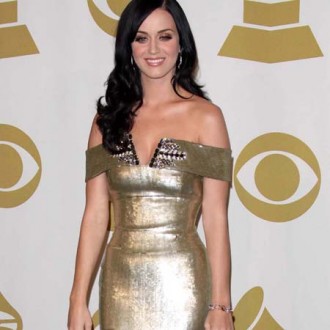 Katy Perry fell out with Calvin Harris after he pulled out of her tour.

The ‘Firework’ singer posted an upset message on twitter to confirm the Scottish dance musician will not appear as planned at the UK and Ireland dates of her ‘California Dreams Tour’, prompting him to reply her team made it “pointless” for him to play the dates.

Katy posted: “Calvin Harris will NOT be joining in on the fun and has CANCELLED last minute (sic).”

Calvin replied: “Sorry to all who wanted to see me with Katy – her team suddenly moved the goalposts and I was to appear on stage with no production.

“We tried really hard to sort it out, but playing side of stage for 30 mins, it seemed pointless me even being there (sic)”

Katy – who started the next leg of her tour in Dublin last night (29.03.11) – hit back, saying other acts to support her were content with the stage production and claimed this is not the first time Calvin has cancelled on her.

She wrote: “The goalpost seems to be perfectly fine for New Young Pony Club, Yelle, Robyn, Marina & The Diamonds, to name a few (sic).

“Or how about Janell Monae and her 16 piece band – It’s fine, I’m used to you cancelling on me, it’s become ur staple (sic)!”

Although it is not known when Calvin last cancelled on the star, he has pulled out of US dates in 2009 due to a chest infection and in 2008 he cancelled three dates in the UK because of “other European commitments”.

He later sent another tweet to the ‘I Kissed A Girl’ singer apologising, and wrote another message to fans saying: “The whole KP stuff shd never have been on twitter, I was trying 2 handle it pro behind the scenes but i wont let myself get ripped like that (sic).”