Britney Spears has been nominated to represent North America in the Worldwide Act category at the 2011 MTV European Music Awards (EMAs). 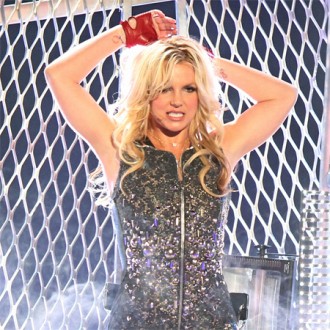 Britney Spears has been nominated for the Worldwide Act accolade at the 2011 MTV European Music Awards (EMAs).

The ‘Femme Fatale’ singer has been named as the North American finalist in the category which will see her take on Lena (Europe), BIGBANG (Asia Pacific), Abdelfattah Grini (Africa/India/Middle East) and Restart (Latin America) for the gong.

The winner of the award will be announced at the ceremony – which will be hosted by singer-and-actress Selena Gomez – in Belfast, Northern Ireland, on November 6.

Fans from across the world have until November 4 to vote in the category, which aims to celebrate diversity and the breadth of all music that MTV has to offer.

Britney – who won two EMAs in 2008 for Album of the Year and Act of the Year – will face stiff competition from 19-year-old German singer Lena, who won the 2010 Eurovision Song Contest, and Brazilian band Restart, who picked up five accolades in MTV Brazil’s VMB 2010, including Artist of the Year and Hit Song of the Year.

Lady Gaga, Red Hot Chili Peppers, Jessie J and Coldplay are all set to perform at the EMAs, and ‘Born This Way’ hitmaker Gaga leads the nominations with six nods, with Katy Perry and Bruno Mars following closely behind with four.