Britney Spears has confirmed she will release her new, as-yet-untitled album in March and that she is ''in love'' with it. 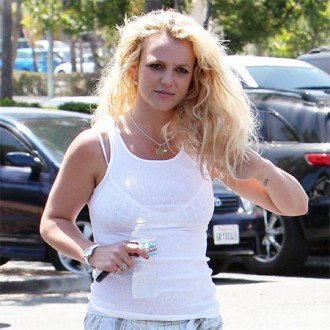 Britney Spears has confirmed she will release her new album in March and that she is “in love” with it.

The ‘Womanizer’ singer has been working with producers including Dr. Luke and Max Martin – who have written songs for stars including Katy Perry, NSYNC, Kelly Clarkson, Usher, Kesha and on previous Britney albums – on her first tracks since 2008s ‘Circus’, and said she can’t wait for fans to hear the results.

She tweeted: “I’m almost done with my new album and it will be coming out this March. I AM IN L-O-V-E WITH IT! (sic).”

Songs on the album have yet to be confirmed, but website Radar claimed in October it had heard one track, ‘Pleasure You’, which it described as “about being submissive, a servant and doing whatever it takes to please her man”, and marked a departure from the dance music based sound Britney explored on her last two albums.

British born singer and songwriter Jessie J has also worked on another track – earmarked to be the first single from the album – which she claims will also surprise fans by its sound.

She said earlier this week: “I received the beat to work with and it’s amazing. It’s pretty cool. I don’t think it will be what people expect.

“It’s more British than you would expect but with the Britney swag. People will be surprised. It could be the most amazing thing I’ve done.”

Britney also tweeted her thanks to fans for their well wishes on her 29th birthday yesterday (02.12.10).

She wrote: “Waking up to all of your wishes really made me smile.”