Brian Wilson is ''considering'' performing with The Beach Boys again to mark their 50th anniversary. 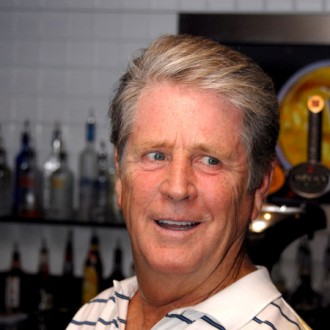 Brian Wilson may reunite with The Beach Boys to mark their 50th anniversary.

The group’s founder- who recently announced he plans to stop touring next year – has admitted he would “consider” performing with his surviving former bandmates again for the first time since the mid-90s.

Asked if he would share a stage with current members of The Beach Boys Mike Love, Bruce Johnston and Al Jardine to for their 50th anniversary this year, Brian said: “I’m considering it. I don’t know yet but I’m considering it.

“Nothing’s really holding me back. I just don’t know if I want to be around those guys, you know. They’re zany guys. They’re crazy.”

The ‘Good Vibrations’ hitmaker – whose latest project, ‘ Brian Wilson Re-imagines Gershwin’ sees him cover tracks by US songwriter George Gershwin -also admitted his songwriting has not been as prolific as usual in recent months.

“It’s slowed way down. I exhausted my creativity. The need to make music isn’t in me yet. I need for that need to come back in me.”

Brian last performed with the Beach Boys during the making of their 1996 album ‘Stars And Stripes Vol. 1’ but has toured as a solo artist since.

Despite Brian’s comments, his cousin Mike insisted last summer Brian wouldn’t perform with them in 2011.

He said: “At this time there are no plans for my cousin Brian to rejoin the tour. We have had some discussions of writing and possibly recording together, but nothing has been planned.

“I felt the need to clarify that there are no current ‘reunion’ tour plans.”