Bowling for Soup frontman Jaret Reddick was scared by how many heavy metal bands there were at Download festival. 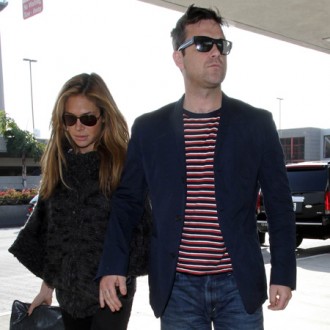 Bowling for Soup frontman Jaret Reddick was frightened by how many heavy metal were on the bill at Download festival.

The ‘1985’ pop punk group’s frontman realised as he watched metal group Twisted Sister from the side of the stage at the event in Donington, England’s Midlands, on Saturday (11.06.11) he was standing next to notorious heavy metal singer Phil Anselmo, which made him feel a little out of place.

He explained to BANG Showbiz: “So I’m standing watching Twisted Sister from the side of the stage, and all of a sudden I realise I’m there next to Phil Anselmo. And I want to cry. That guy has ‘Strength’ tattooed on his head! It was, like the most crazy, most metal thing to happen to me!”

Jaret looked over to his bandmate Erik Chandler for support but the bass player unfortunately didn’t realise that the shaven headed Down singer – who performed earlier in the afternoon – was there.

Erik said: “He’s looking over at me and nodding, looking worries, but I’m just there putting my thumbs up. I didn’t realise it was Phil Anselmo!”