Bob Marley's son has written a book called 'Dear Dad', which tells his story and the impact his father had on his life. 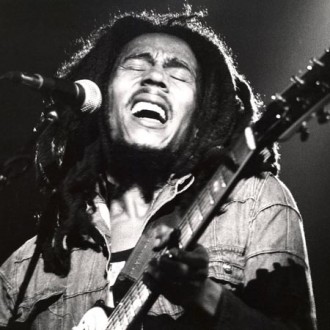 Ky-Mani Marley was just five when his father died in 1981, but was locked out of the reggae star’s estate and alongside his mother, Anita Belnavis, left Jamaica and grew up in a tough ghetto, Liberty City, in Miami.

He said the image of his father has had a great impact on his life, and been in many ways both blessing and curse.

He said: “I told my story from my heart and soul. After writing the book and reading over the first edit, I didn’t realise some of the stuff I had bottled up inside of me.

“If I was to follow in my father’s footsteps, then what would they say? ‘Oh, he’s trying to be like his dad.’ Then if I take a different path, they say, ‘He’s supposed to be like his father.’ So you can’t please everybody. I just have to be true to myself and true to my art and do what comes naturally to me.”

Bob had a number of children with a number of different women – of which 11, now including Ky-Mani, are acknowledged by his estate.

Despite a difficult start in life, Ky has been successful, releasing four albums and being nominated for a Grammy award, and starring in a number of films, including ‘Haven’ with Orlando Bloom.

Meanwhile an official biography about rapper Tupac Shakur has been authorised. Fan and author Kevin Powell will pen the book, which will tell the story of his friend – whom he became close to as a journalist for Vibe magazine, before he was murdered in 1996.

Kevin said: “Our relationship began when I documented his journey while at Vibe in the 1990s. And I will never forget being there at that Las Vegas hospital when Tupac’s death was announced.

“He remains, all these years later, one of the most dynamic and complicated humans I’ve ever encountered. I will present Tupac as the very whole and multi-layered being he was, as I remember well his asking me, quite prophetically, to be Alex Haley to his Malcolm X.”

‘Tupac Shakur: The Authorized Biography’ presently has no release date.