The original lyrics to Bob Dylan's 'The Times They Are A-Changing'' have been auctioned off for almost half a million dollars. 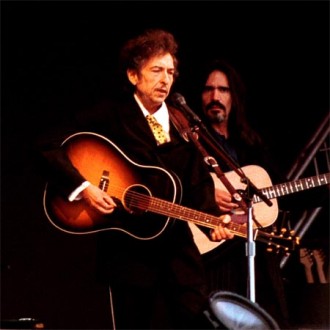 New York auction house Sotheby’s had predicted the handwritten document – featuring the words but no musical notation for the legendary singer’s 1964 classic ‘The Times They Are A-Changin” – would sell for around $128,000 and $193,000 before they went under the hammer at the weekend.

Hedge fund manager Adam Sender – who also owns the guitar John Lennon was playing when he met Sir Paul McCartney – beat off four other bidders to win the lot.

The singer’s words are not the only piece of musical memorabilia to be sold at auction recently.

Earlier this month, a collection of items – including lyrics, costumes and guitars – previously owned by late country star Johnny Cash sold for over $700,000 in Los Angeles, smashing expectations.