Blur reunion held back by cheese

Alex James says making cheese and raising his children are holding back a full scale reunion with his band Blur. 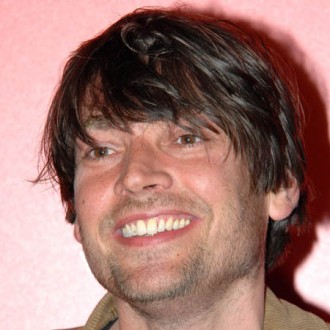 Alex James says making cheese and raising his children are holding back a Blur reunion.

The band’s bassist – who is also a full time cheese farmer – is planning to meet up with bandmates guitarist Graham Coxon, drummer Dave Rowntree and singer Damon Albarn with a view to following up their 2008 reunion shows, but says his other commitments are stopping him being more involved with music.

When asked by TV chef Gino D’Acampo when he would get back with Blur on TV show ‘Let’s Do Lunch with Gino and Mel’, he replied: “The Blur Boys? I’m seeing them all next month. We’re all friends again now.

“Yeah, I really don’t know what’s going to happen there, I’m sure it will happen again one day, but I’ve given birth to nine cheeses this year, not to mention [raising] five children.”

Dave said earlier this year he is hopeful the band will be able to reconvene in 2011, with a view to touring or recording.

He said: “We’ve got all our mates back and that’s the main thing. That’s the one thing we don’t want to lose.

“So yes, this year I would say something is definitely going to happen.

“Who knows what it’s going to end up like. What I do know is that we don’t want to commit ourselves to anything vast at the moment.”

While Damon has continued to pursue musical projects outside of Blur including Gorrillaz and The Good the Bad and the Queen, Graham has launched a solo project, while Dave has moved into politics.