Blink 182 recorded their forthcoming album 'Neighborhoods' in different studios because they needed the ''tension'' that came from being apart. 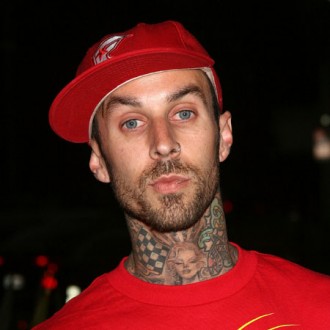 singer and bass player Mark Hoppus explained how all three members of the ‘All the Small Things’ rockers – who went on an indefinite hiatus in 2005 before reuniting in 2009 – worked in different studios, as it made it easier for them to “explore” their ideas.

He said: “That’s the tension we need in Blink. I think it is the way forward for us. It’s the way we can all work together and explore all of our ideas.

“In the past, when we’ve all been in the same room, you’re recording your parts while the other guys are sitting around waiting. This way enables each of us to explore every single idea we might have, in our own time, in our own comfort space.

“One of us will have an idea and then the other one will suggest something different and want to change it. That tension is what makes Blink sound like Blink.”

Mark explained the lyrics on ‘Neighborhoods’ – their first album since 2003 – are “darker” than their previous tracks and the album is more “intricately structured” than past work.

He added to NME magazine: “We’ve had people say to us that they think the songs sound more mature, which is probably right, but we’ve tried to stay away from that word, because every album we’ve released after ‘Enema of the State’ has been called ‘the mature Blink record’.

“But I think lyrically, it’s a little darker than the stuff we normally do, I think the songs are more intricately structured, I think the parts are more well written.”