Black Sabbath are asking fans to sent guitarist Tony Iommi ''positive vibes'' in the wake of his diagnosis with Lymphoma, a form of cancer. 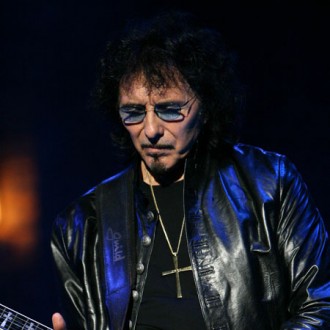 Black Sabbath are asking fans to sent guitarist Tony Iommi “positive vibes” in the wake of his cancer diagnosis.

The heavy metal musician has been diagnosed with an early stage of Lymphoma and while he is set to undergo treatment, is staying positive about making a recovery.

A statement on the band’s website read: “With the news that Black Sabbath’s Tony Iommi has been diagnosed with the early stages of lymphoma, his bandmates would like everyone to send positive vibes to the guitarist at this time.

“Iommi is currently working with his doctors to establish the best treatment plan – the Iron Man of Rock and Roll remains upbeat and determined to make a full and successful recovery.”

The news comes three months after the original line up of the group: Tony, singer Ozzy Osbourne, bassist Geezer Butler and drummer Bill Ward announced their reformation and started recording their first album together in 33 years.

The ‘Iron Man’ group had been working in Los Angeles with producer Rick Rubin, but will now relocate to the UK in order to continue working with Tony while he undergoes treatment.

He told the Birmingham Mail newspaper: “The last time I saw Tony was in the summer and he looked very healthy.

“He has always been doggedly determined. He was always very serious and I don’t think he’d do anything without giving it a lot of thought. I’m sure Tony will apply the same dogged determination to beating this.”